We invite you to join us here every day for your Morning Coffee.

Start your morning off right by getting in the Word with a fresh, new devotion each day. Then, check out the latest news, weather, and traffic before you head out the door.

We’re so pleased you’ve chosen to start your day with us! 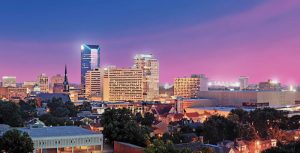 The security guard found and removed a piece of tape that was keeping a door from clicking shut. Later, when he checked the door, he found it had been taped again. He called the police, who arrived and arrested five burglars.

Working at the Watergate building in Washington, D.C., the headquarters of a major political party in the US, the young guard had just uncovered the biggest political scandal of his lifetime simply by taking his job seriously—and doing it well.

Nehemiah began rebuilding the wall around Jerusalem—a task he took very seriously. Toward the end of the project, neighboring rivals asked him to meet with them in a nearby village. Under the guise of a friendly invitation was an insidious trap (Nehemiah 6:1–2). Yet Nehemiah’s response shows the depth of his conviction: “I am carrying on a great project and cannot go down. Why should the work stop while I leave it and go down to you?” (v. 3).

Although he certainly possessed some authority, Nehemiah may not have rated very high on the hero scale. He wasn’t a great warrior, not a poet or a prophet, not a king or a sage. He was a cup-bearer-turned-contractor. Yet he believed he was doing something vital for God. May we take seriously what He’s given us to do and do it well in His power and provision.